Members of the Queen’s extended family made their way to Wimbledon’s Royal Box today to watch the men’s final.

As well as senior royals Kate Middleton and Prince William, both 40, other recognizable faces were photographed alongside their eight-year-old son Prince George while attending the sporting event.

Lady Gabriella Windsor, 41, was photographed at the event with her husband Thomas Kingston, 43.

Elsewhere in the royal box were Lord Frederick Windsor, 42, and his wife Sophie Winkleman, half-sister of TV presenter Claudia Winkleman, 41.

The members of the extended royal family all descended on the grounds to watch Novak Djokovic take on Nick Kyrgios in the much-anticipated final. 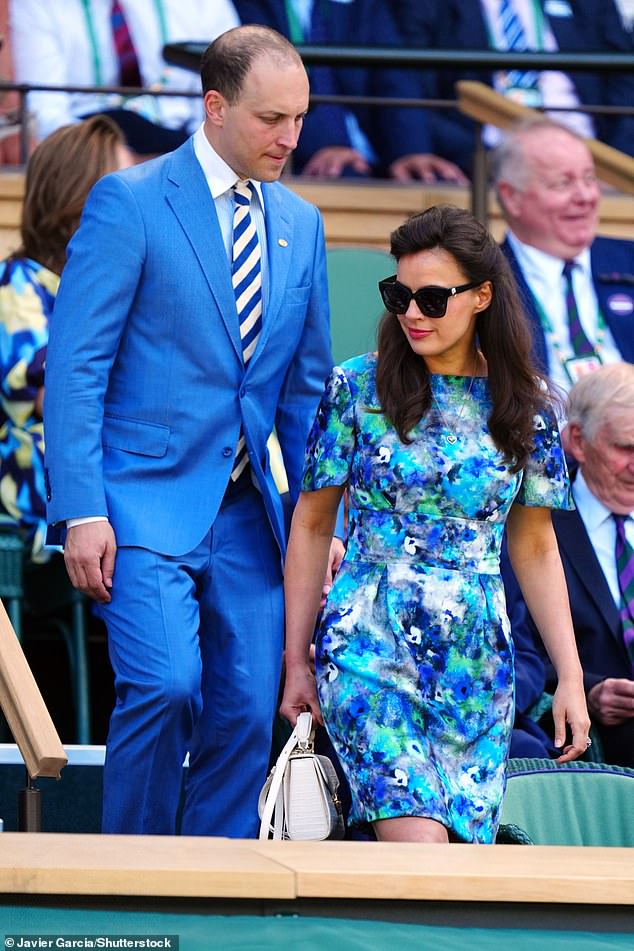 Elsewhere in the royal box were Lord Frederick Windsor, 42, and his wife Sophie Winkleman, half-sister of TV presenter Claudia Winkleman, 41

The Queen’s cousin Prince Michael of Kent, 80, and his wife Marie-Christine, 77, were also expected.

Prince and Princess Michael’s daughter, Lady Gabriella Windsor, looked elegant as she arrived at the event alongside her husband Thomas in a pink pinstripe dress.

She wore chic drop earrings and the beauty opted for a glamorous make-up look that included red lipstick.

Thomas looked chic in a cream blazer jacket over a blue shirt, which he paired with navy blue trousers. 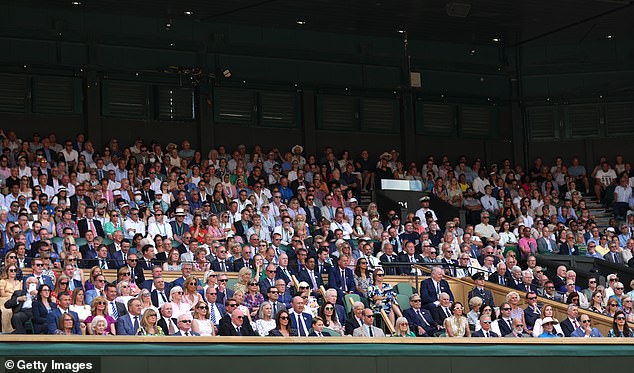 The Royal Box was packed with familiar faces at today’s Wimbledon men’s final, including Prince William, Kate Middleton, her son Prince George and other members of the Queen’s extended family

Sophie Winkleman cut a stylish figure as she made her way to her place in the Royal Box, accompanied by her husband, Lord Frederick Windsor

Meanwhile, Sophie Winkleman cut a stylish figure in a blue floral dress, which she paired with a white leather handbag and chic sunglasses.

The actress, who famously starred as Big Suze on Peep Show, has two children with Fredrick, Maud, nine, and Isabella, six.

Lord Frederick, the son of Prince Michael of Kent and 53rd in line to the throne, looked smart in a tailored blue suit, which he paired with a white shirt and blue striped tie. 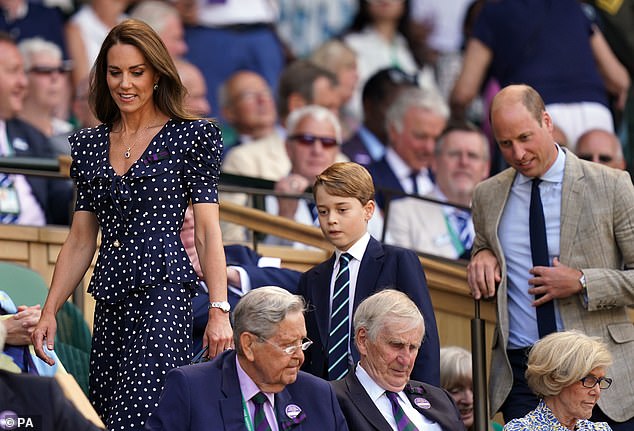 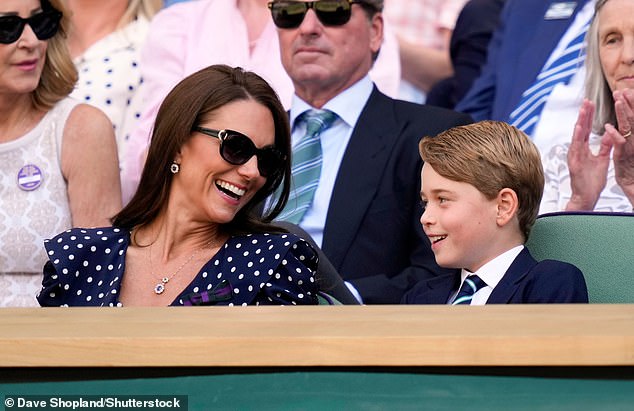 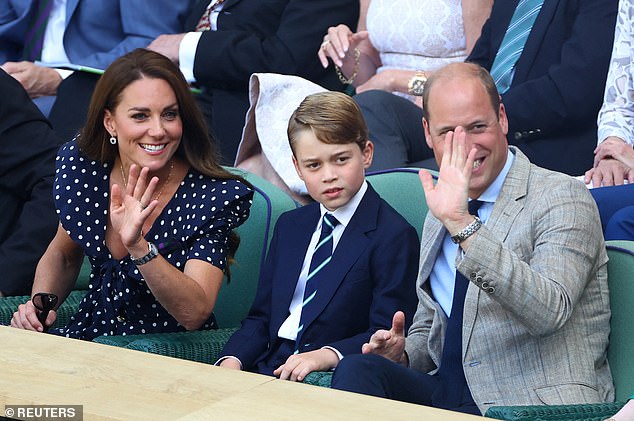 Today’s performance was the youngster’s first appearance at a Wimbledon final.

Looking smart and wearing a navy blue suit, George arrived at the site before greeting officers and staff on their way to his seat.

Kate is patron of the Lawn Tennis Association and a fixture at Wimbledon.

Today is her third appearance at the Championship this year – having previously cheered on Cameron Norrie in his quarter-final match and watched Elena Rybakina of Kazakhstan win the women’s title in her final yesterday with Ons Jabeur.