Prince Louis was seen speeding to a private helicopter as Prince William and Kate Middleton departed with their children and spaniel Orla for their family vacation on Monday night.

The Duke and Duchess of Cambridge, both 40, and Prince George, eight, Princess Charlotte, seven, Prince Louis, four, and their black cocker spaniel Orla were spotted leaving their residence in Kensington earlier this week.

The youngsters split from school last week ahead of a break packed with royal engagements and an alleged holiday to the Caribbean.

The family was laden with bags as they walked through a private field next to the Nepalese embassy near Kensington Palace in London, where a black helicopter was waiting.

In footage capturing the adorable family moment, the adorably excited Prince Louis was seen hopping to the helicopter in front of his siblings.

The five royals are believed to be embarking on a summer trip.

The trip comes six months after the Queen urged Prince William to stop flying helicopters with his family over “fear” a disaster could strike.

Prince William, Kate Middleton and their three children – and their dog – were spotted climbing aboard a private helicopter as they prepared for their summer vacation 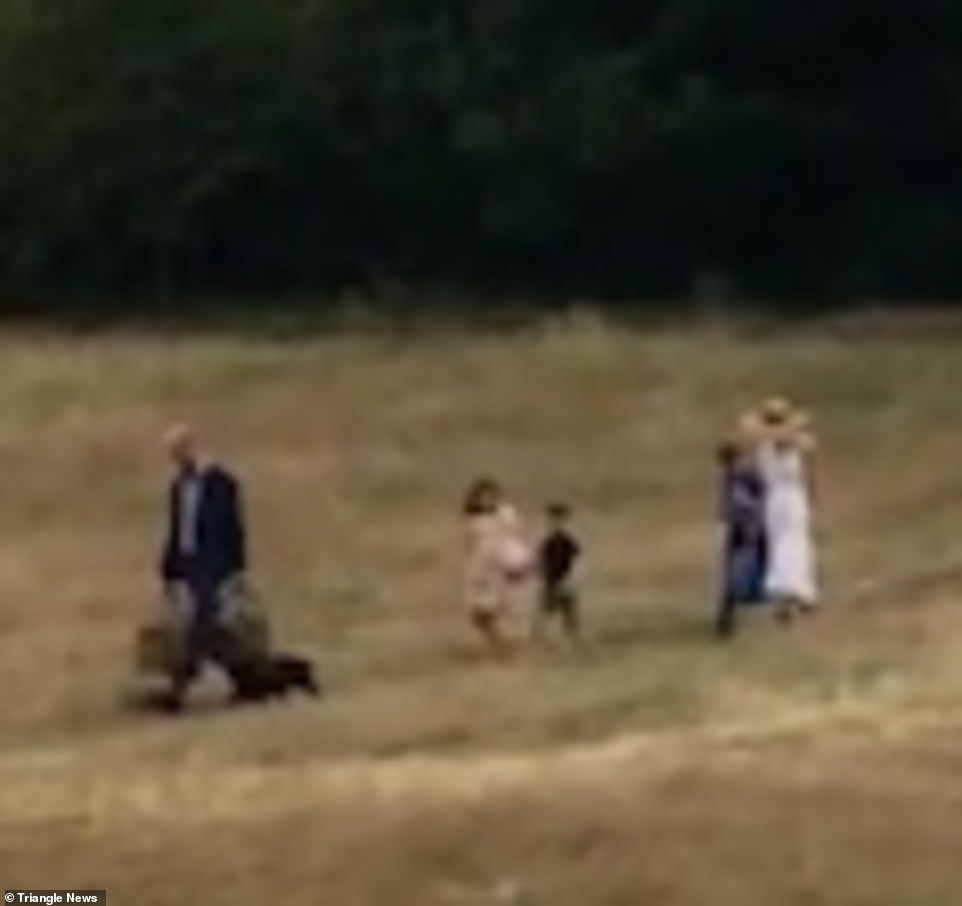 In a video captured by a royal fan, the Duke of Cambridge can be seen walking in front of his bag-laden family, while Princess Charlotte and Prince Louis held hands as they walked together. The Duchess can be seen alongside Prince George at the end of the group

Kate looked gorgeous in a white summer dress and glamorous sun hat as she helped herd her and Will’s brood into the waiting helicopter.

George followed close behind his mother and appeared to be carrying a bag as well.

Charlotte helped little Louis – the only member of the family without a holdall – down the grassy path to the helicopter, while smartly dressed Wills led the Cambridge clan.

The second heir to the throne was laden with two heavy-looking bags. 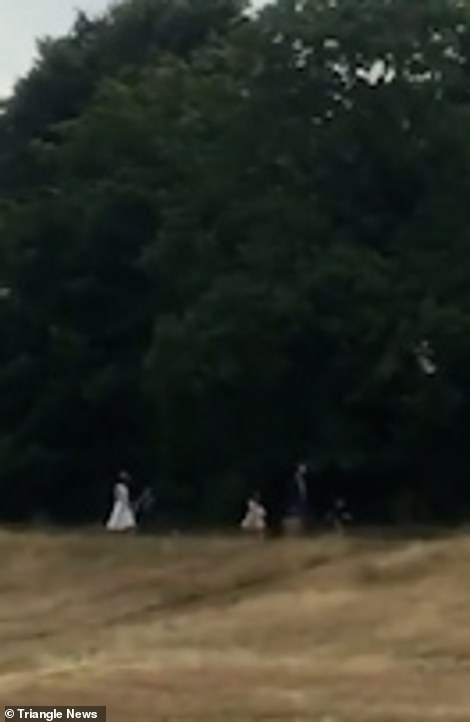 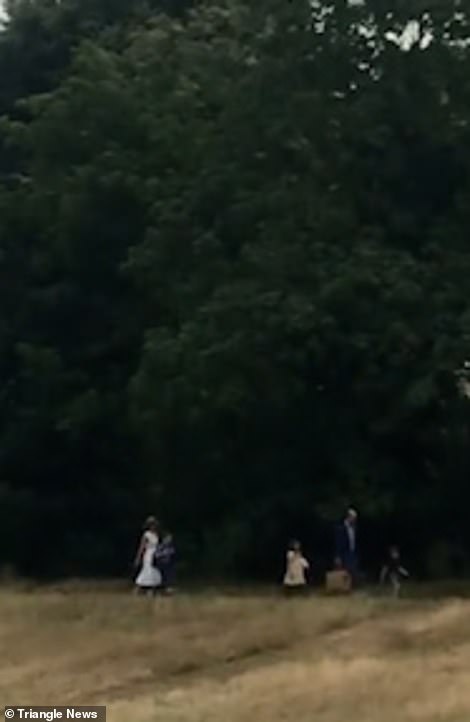 The Duke and Duchess and their family were seen leaving their residence in Kensington on Monday night (left and right).

The family are rumored to be eyeing a summer vacation on the private Caribbean island of Mustique, near St Vincent and the Grenadines, after not visiting since 2019.

However, it didn’t look like the royals would have enough luggage for a long journey, so they might make a stopover first.

A viewer said: “It was very pleasing to see the whole family dressed so smartly and looking so good carrying their luggage.

“It was pretty cute, they even had the dog with them. They all carried bags except Prince Louis.

“It was also a very, very hot day – they looked like they were going on a picnic or something.

“They would definitely leave London, at least that’s what it looked like.” 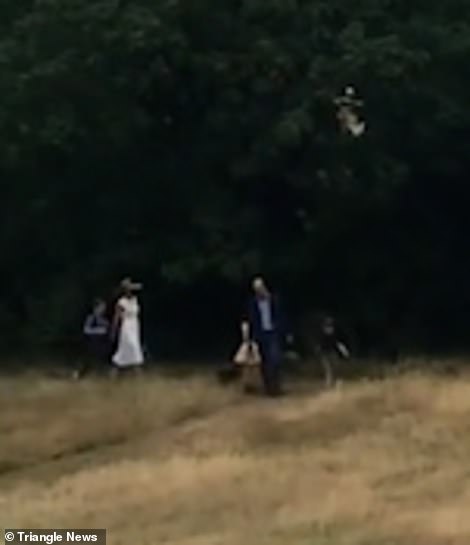 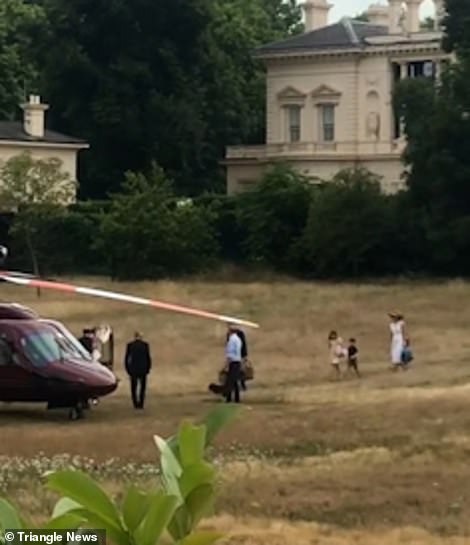 The family was laden with bags as they walked through a private field next to the Nepalese embassy near Kensington Palace in London, where a black helicopter was waiting

The outing comes after the Queen reportedly had “several conversations” with William, asking him to “stop flying himself, especially in inclement weather” amid fears an accident could jeopardize the succession.

Unofficial rules usually prevent senior royals from flying together, but regulations have been relaxed since Williams’ children were born, allowing the young family to spend more time together.

The family have flown together, often with a pilot and crew but sometimes with William at the controls, since asking permission after Prince George’s birth in 2013.

It’s going to be a busier few months than usual for Prince William, Kate and the whole family.

Prince George, Princess Charlotte and Prince Louis were all at the couple’s side during much of the Queen’s Platinum Jubilee celebrations last month. 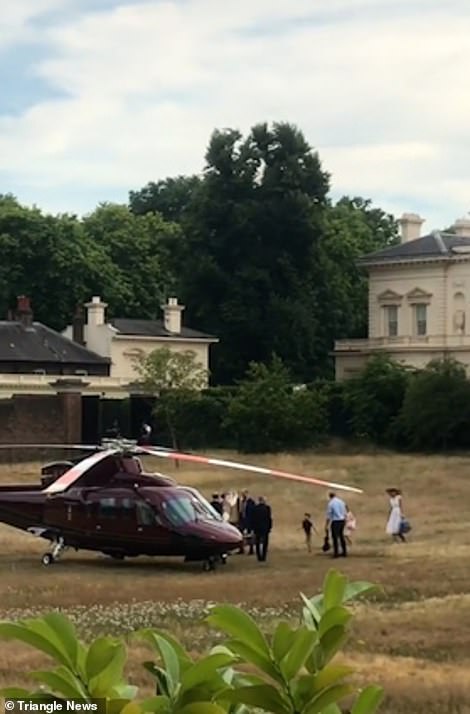 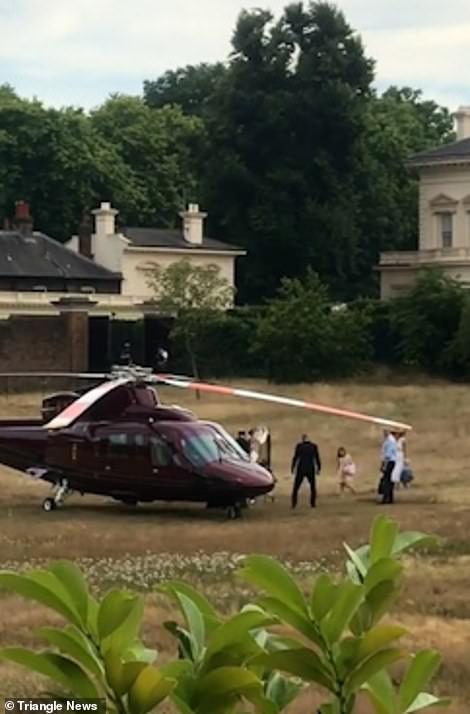 And Prince Louis won the hearts of the nation with his playful antics, after putting on an animated portrayal, impersonating a lion, bickering with his cousins ​​and even sticking his tongue out at his mother, Kate.

Meanwhile, Prince George, who turns nine next Friday, attended Wimbledon for the first time on Sunday to play the men’s final between Novak Djokovic and Nick Kyrgios.

It comes as Prince William and Kate prepare to move their family into a four-bedroom house on the Windsor estate this summer.

The Duke and Duchess are reportedly set to uproot their family from Kensington in west London to Adelaide Cottage in Berkshire to be closer to the Queen. 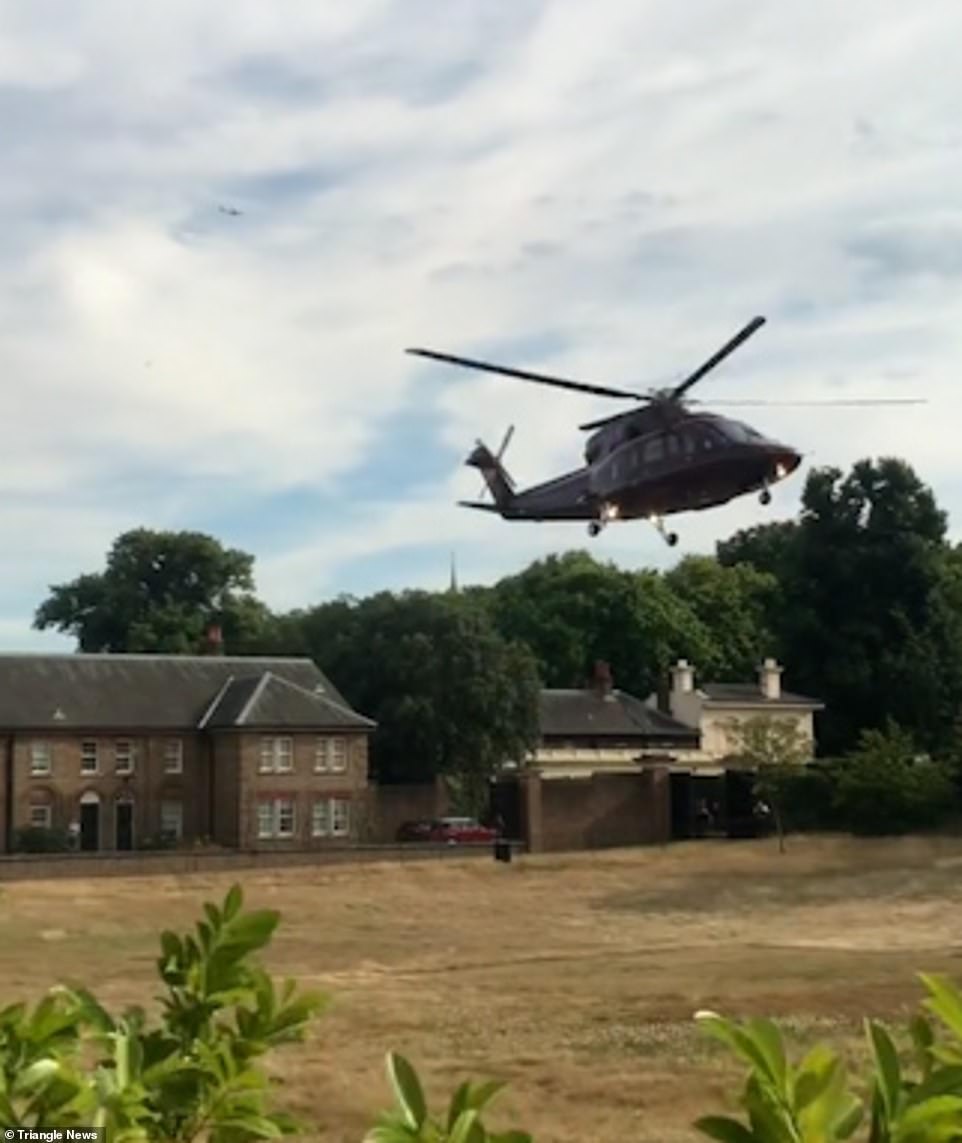 Ingrid Seward, Editor-in-Chief of Majesty Magazine, said: “The Queen needs more people like William around her. Aside from the staff, she is very often alone and will be happy to know that William, Kate and their three great-grandchildren are ten minutes away. The family was very limited in what they could do at Kensington Palace during the week.

Sources close to the family suggest the Cambridges were keen to be closer to the 96-year-old Queen, who has been suffering from episodic mobility issues in recent months, and also to secure a good school for their three children.

George, Charlotte and Louis are being pulled out of their current prep school in Battersea and are all expected to start school locally when the new academic term starts in September.