Camilla has praised the Duchess of Cambridge’s “very natural” photographic skills as she unveiled a picture “approving” Prince Charles, taken “amid lots of laughter in the garden”.

The Duchess of Cornwall has spoken about guest editing Country Life magazine, which will feature a series of pictures taken by her step-daughter to celebrate her 75th birthday.

The special issue of the magazine, which will be available from Wednesday, will feature a photo of Camilla taken by Kate on the cover.

It was recorded at Ray Mill House, Camilla’s country retreat in Lacock, Wiltshire. She bought the six-bedroom property, 17 miles from the Prince of Wales’ Highgrove home, following her divorce from Andrew Parker Bowles in the mid-1990s.

Speaking in a documentary following her role as guest editor at ITV, Camilla said: “These are very good pictures. She does it naturally. We had a lot of fun doing it.

“It was very relaxed and very nice that the Duchess of Cambridge came with her camera – she is an extremely good photographer. It was all very easy.

“There wasn’t much hair or makeup. It was just done in the garden with lots of laughter. It was a nice way to do it.’

And she referenced one photo in particular, adding: “I know this is the one my husband likes. Catherine said if anything else needed to be done she would be happy to do it.

‘If I can get over the fact, if I look, I find her very nice and just what you need for country life.’ 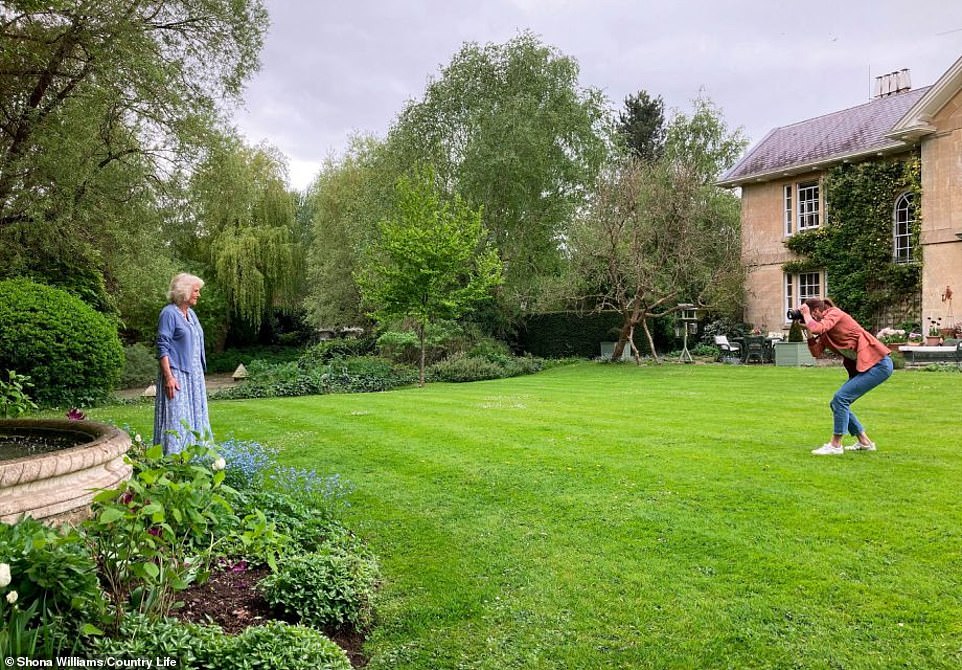 The Duchess of Cornwall spoke about guest editing @Countrylifemag for her 75th birthday and asked her stepdaughter, the Duchess of Cambridge, to do the cover photo.
Camilla said Kate does it “very naturally” and is “an extremely good photographer” 📸 @ITV Wednesday 9 p.m pic.twitter.com/UH8bVZ61bD 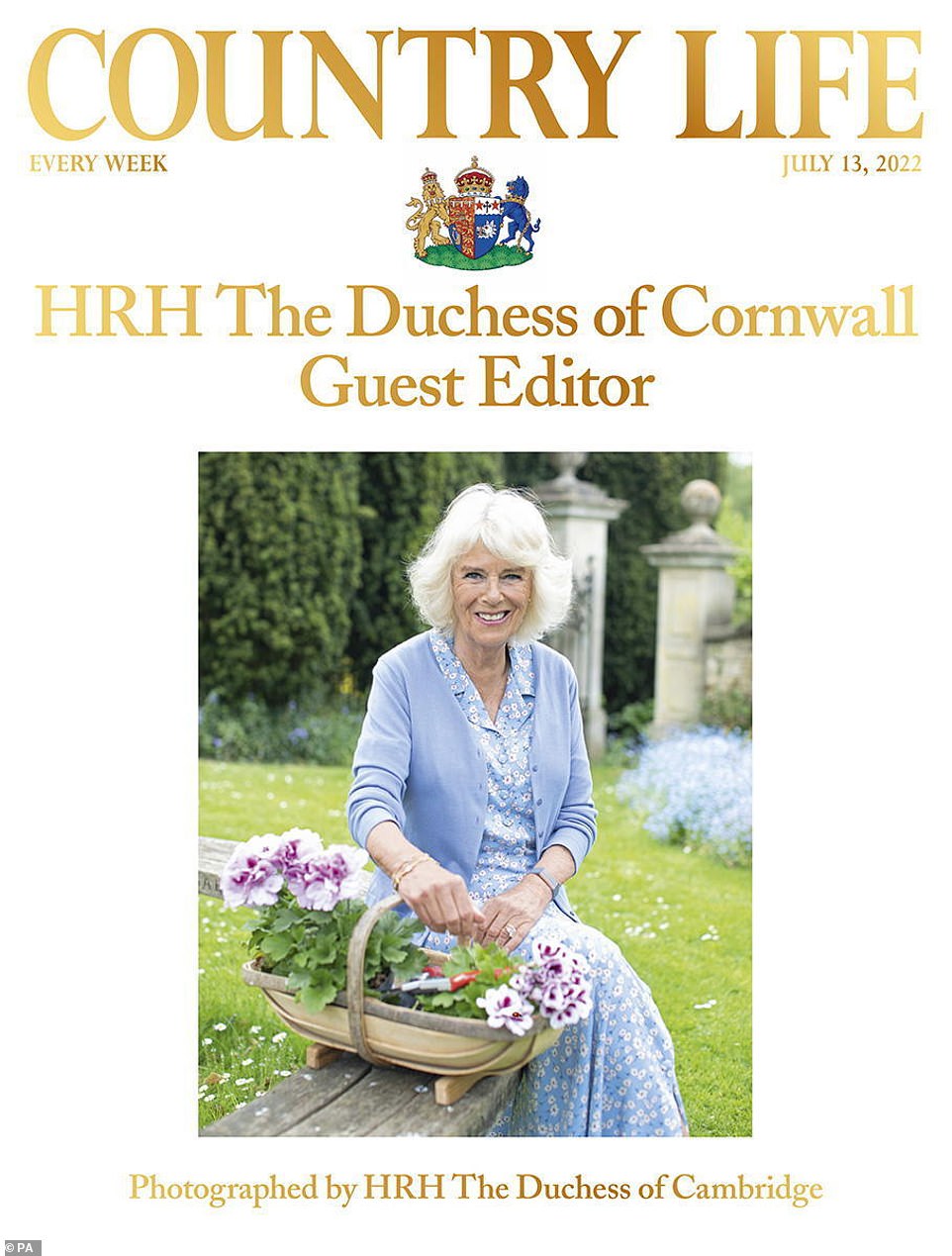 The special issue of the magazine, which will be available from Wednesday, features a photo of Camilla taken by Kate on the cover 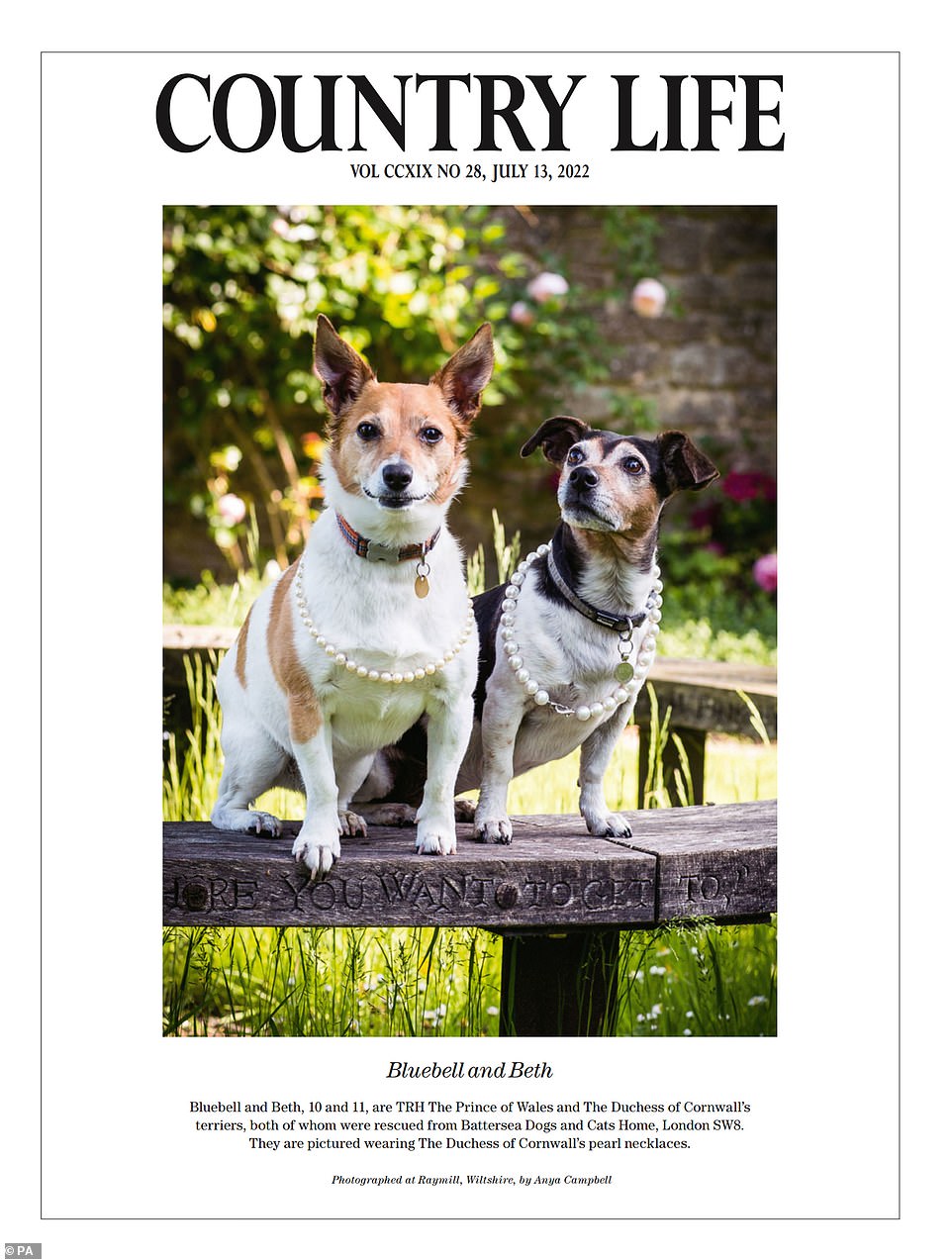 Country Life Magazine of the Duchess of Cornwall’s dogs Bluebell and Beth, who appear on the frontispiece of Country Life, wearing their pearl necklaces 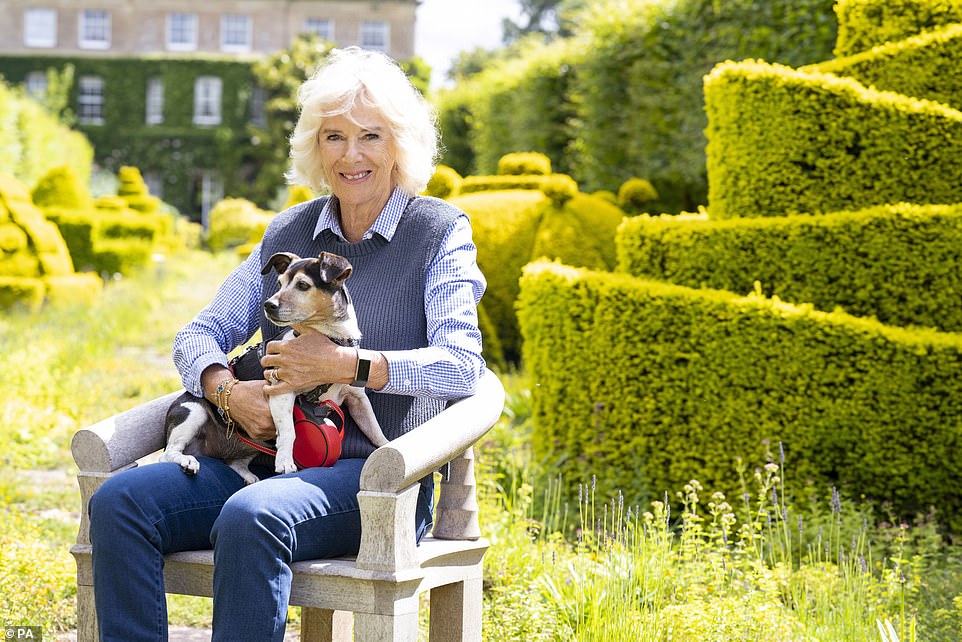 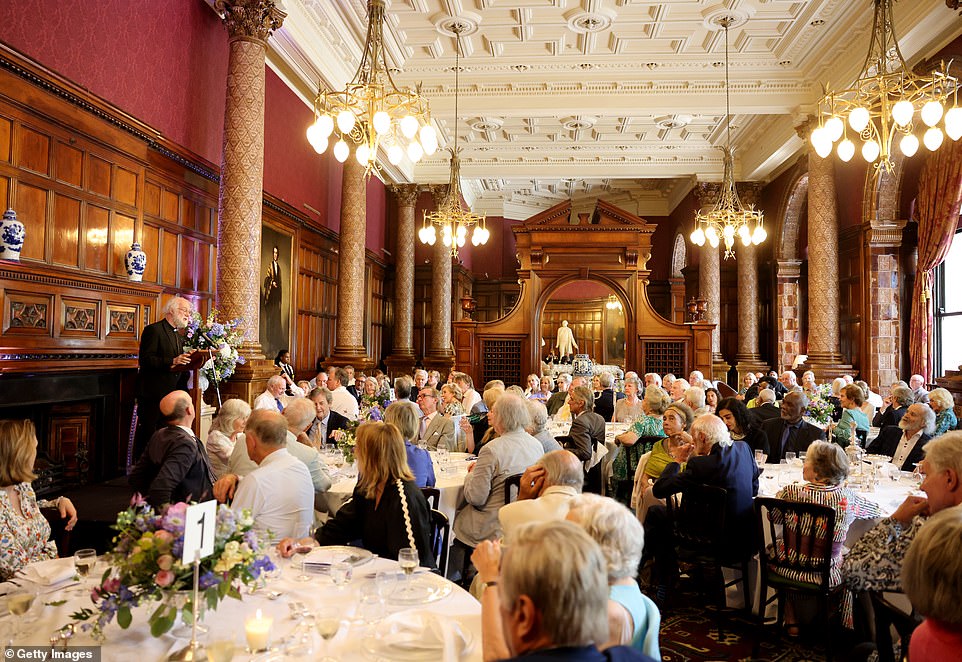 The Duchess has also pledged to emulate Prince Charles and follow his motto: ‘Be careful, say less, do more’.

The future Queen Consort also paid tribute to Her Majesty, 96, and her late husband at a luncheon hosted by The Oldie magazine.

She called the Queen and her late husband Prince Philip “two of the most remarkable people in our country’s history,” reports The Telegraph.

Camilla told guests: “The Duke of Edinburgh’s philosophy was clear: look up and look out, say less, do more – get on with the work” – and that’s exactly what I intend to do.

“Both he and Her Majesty have always been the touchstone of what it really means to ‘get ahead with work’ and an inspiration for each of us here to do the same, regardless of our age.”

It came as the Duchess, in a speech as she joked in front of assembled guests, took an affectionate nudge as she woke up: “Ladies and gentlemen, if I may call you that.”

Camilla, 74, appeared lightheartedly referring to the national debate on whether people should be addressed by “their pronouns” – like she/her he/him and she/she – as part of the gender identity debate.

Her mention at a 75th birthday luncheon hosted by The Oldie magazine elicited amused laughter from her audience. 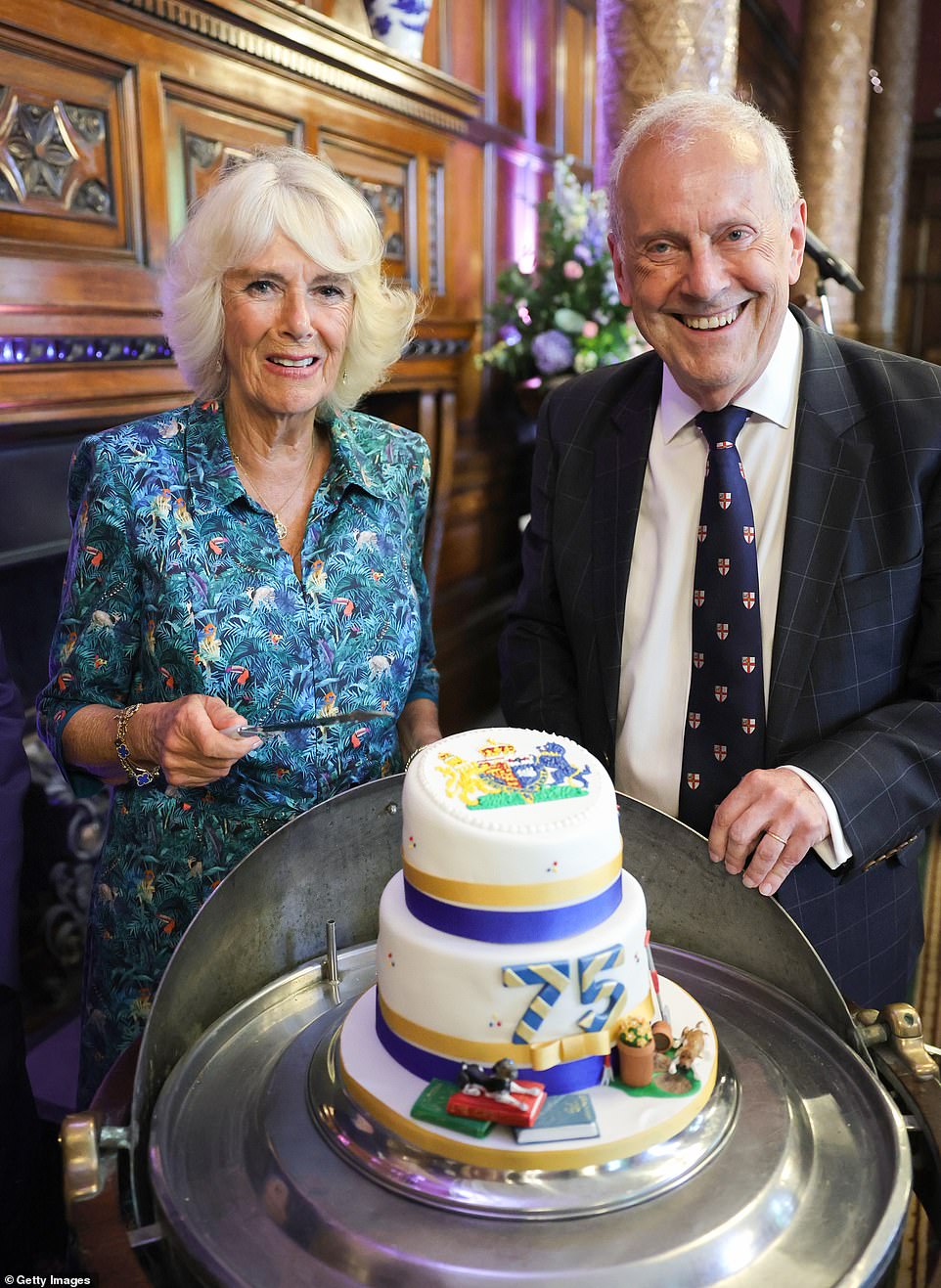 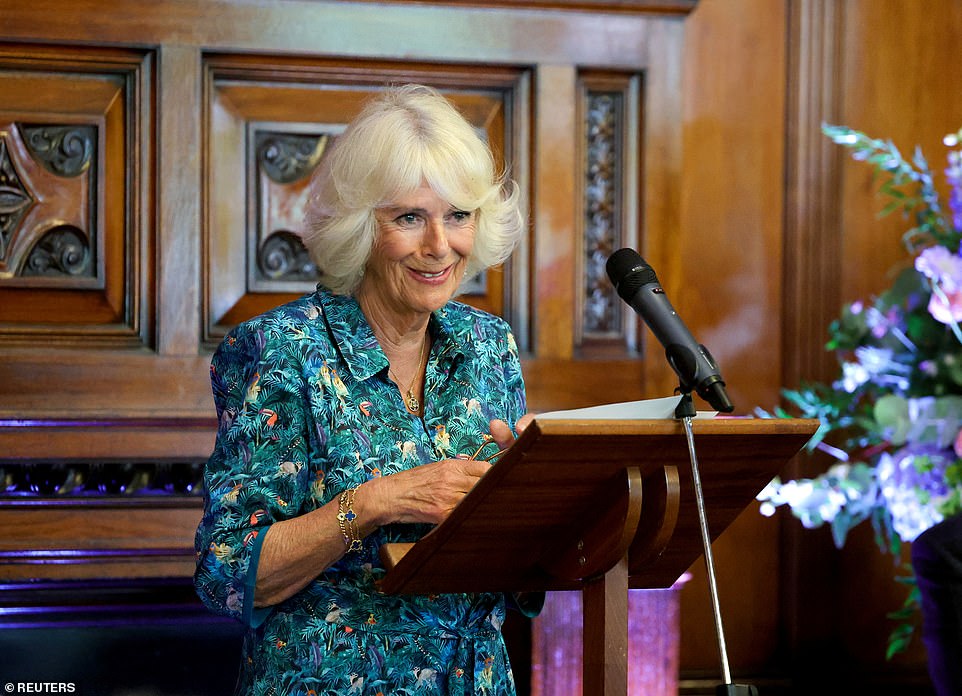 The Duchess of Cornwall gave an affectionate look at the awakening in a speech yesterday as she joked in front of assembled guests: “Ladies and gentlemen, if I may call you that.” 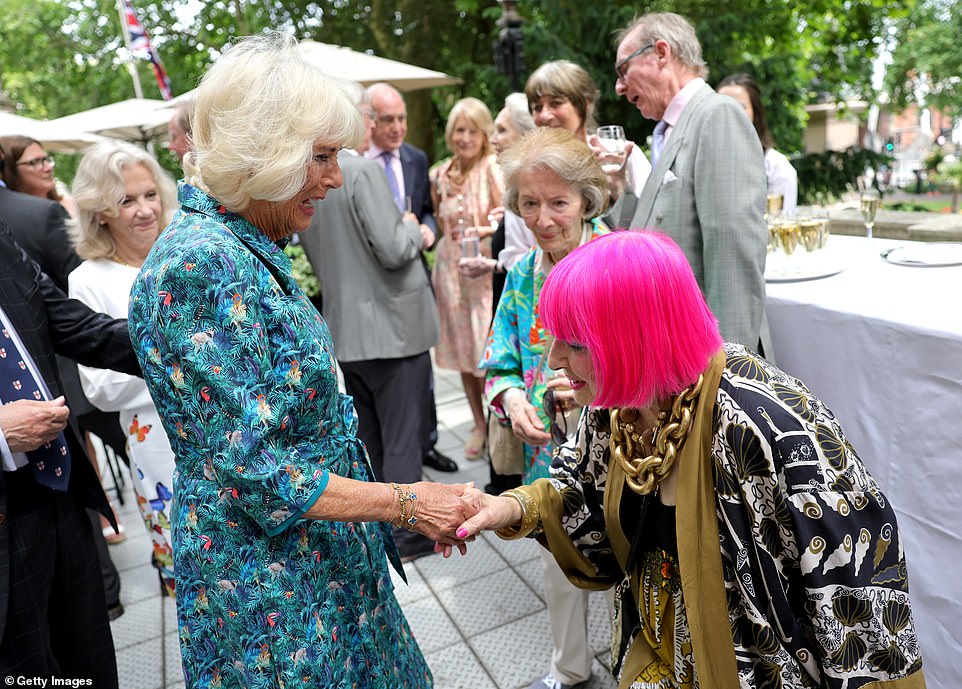 Princess Diana’s dresser, Dame Zandra Rhodes, appeared to share a joke with the Duchess during the event 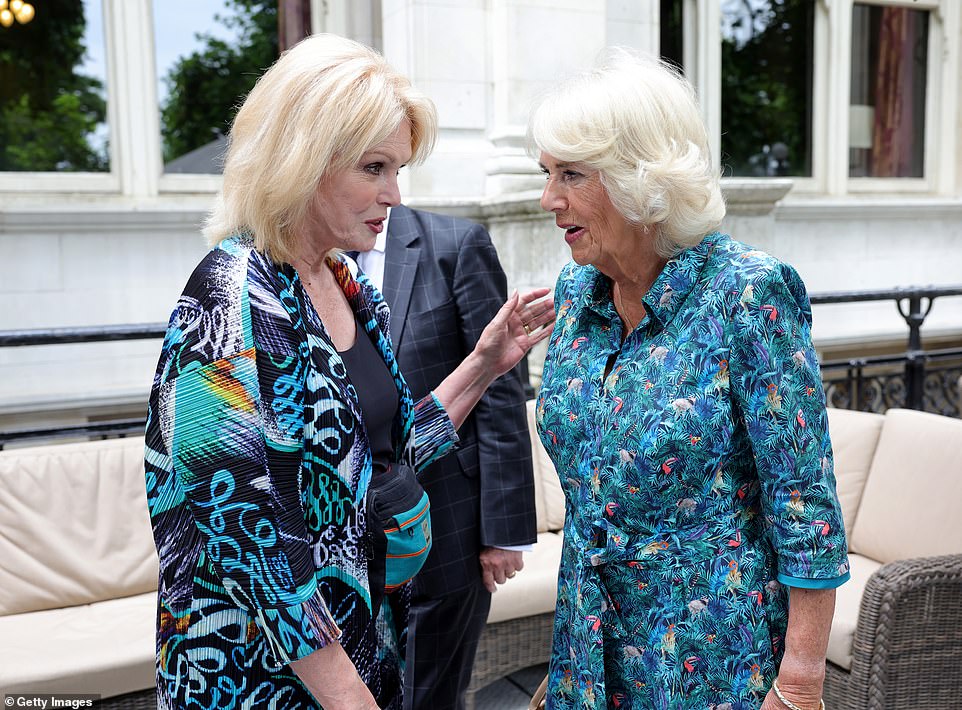 Clarence House said it was up to others to interpret her remark, but aides suggested it was in keeping with the “disrespectful” spirit of the lunch hosted by fellow presenter and author Gyles Brandreth.