Britney Spears released a since-deleted Instagram statement on Saturday, in which she took a stand against the TV specials and documentaries about her life.

The crooner expressed her anger at length, explaining that no other star has received as much harsh press without her permission as she has.

The 40-year-old also accused America of bullying her over the years, saying, “I feel like America did a wonderful job of humiliating me.”

Frustration: Britney Spears, 40, took to Instagram on Saturday to express her frustration at recent TV specials and documentaries about her; Pictured 2018 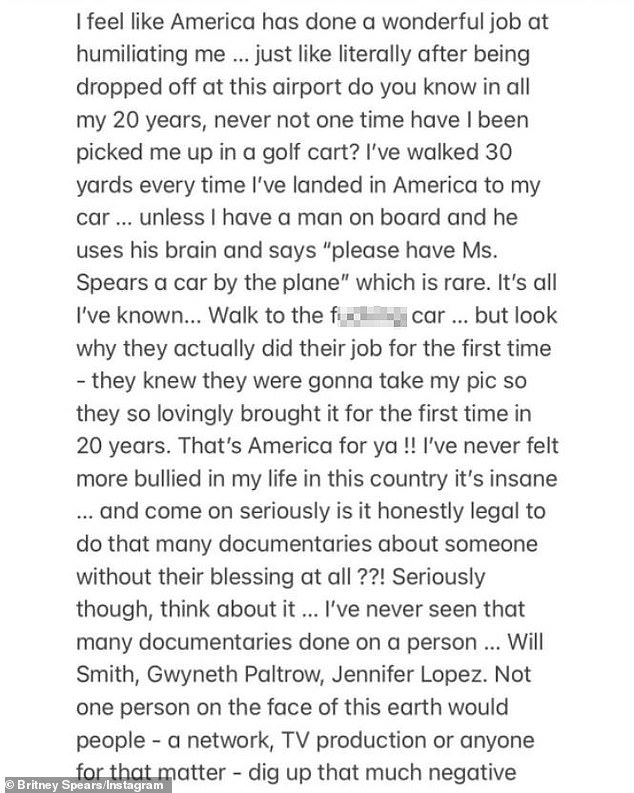 Upset: The singer also accused America of bullying her over the years, saying, “I feel like America did a wonderful job of humiliating me.”

The Toxic singer jumped to her Instagram after being fueled by frustration over claims she was set up for a “cheap shot”.

Britney explained that her whole life she had always gone to her car when she arrived at the airport. However, when she recently arrived back in Los Angeles after a romantic honeymoon with husband Sam Asghari, she was picked up in a golf cart.

The star explained that the only reason a float was brought over for her was because “they knew they were going to take my picture, so for the first time in 20 years they brought it in so lovingly.”

However, Britney expressed that her anger wasn’t due to the “whole embarrassing sale of ugly pictures” of her.

Documentaries and specials have been filmed about the singer without her permission. 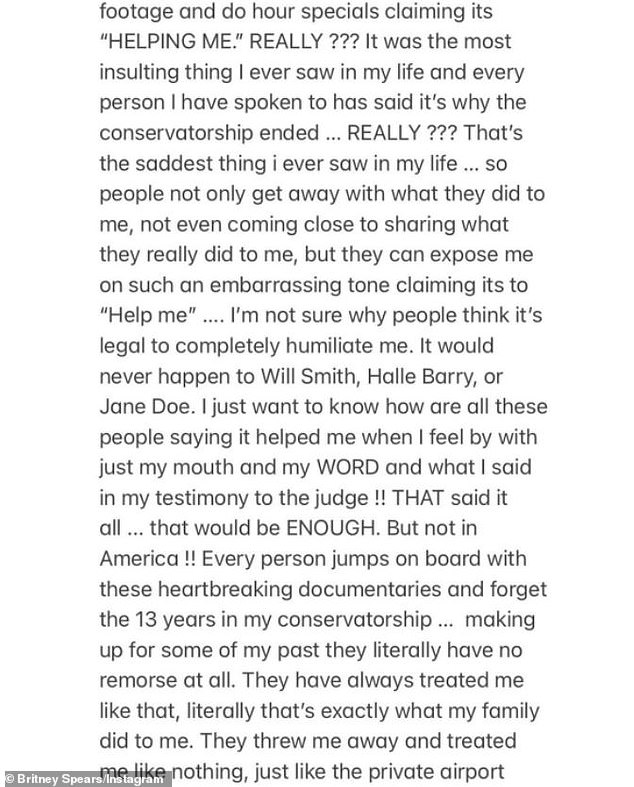 ‘Humiliating’: The star wrote that America just keeps bullying and humiliating her, ‘I’ve never felt so bullied in my life’ 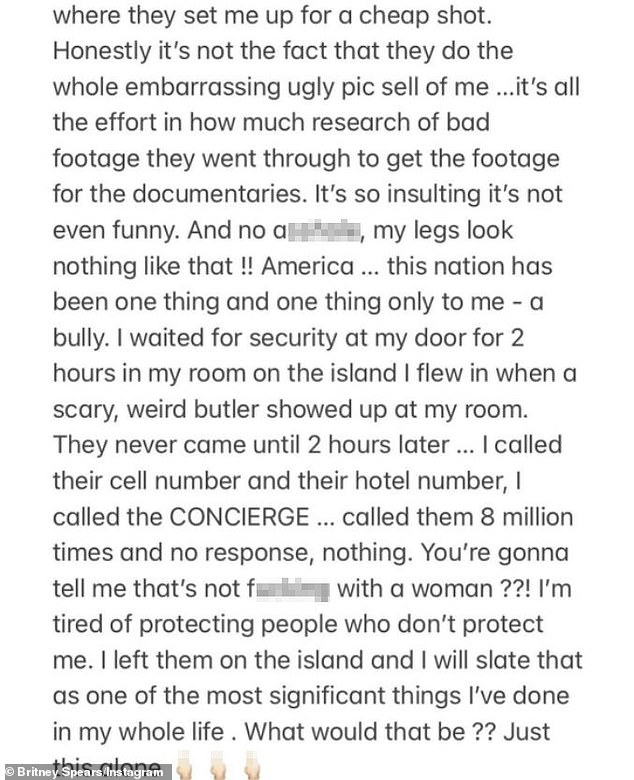 ‘It’s so offensive’: Britney explained that no other stars would share or publish footage, press and documentaries without her permission

The Princess of Pop expressed how upset she was that the documentaries claimed to be helping her.

She typed that no people or networks would ever treat other stars the way they treated them, also saying how hey “dug up so much negative footage and did hourly specials claiming it would help me.”

Britney said people believed the specials helped her conservatory end, which she says is far from the truth. 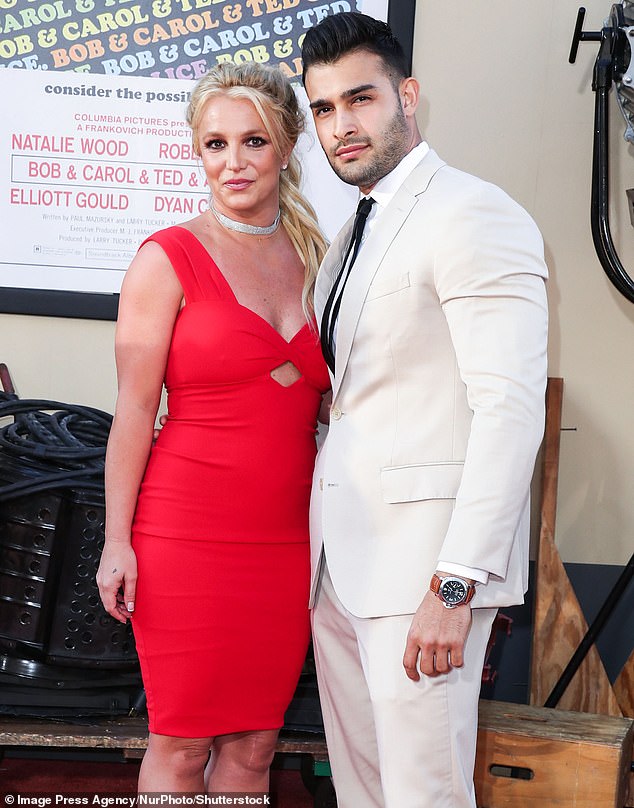 Back from their honeymoon: Britney and her new husband Sam Asghari had landed in Los Angeles after a romantic getaway that the star claimed was set up for “embarrassing” paparazzi photos 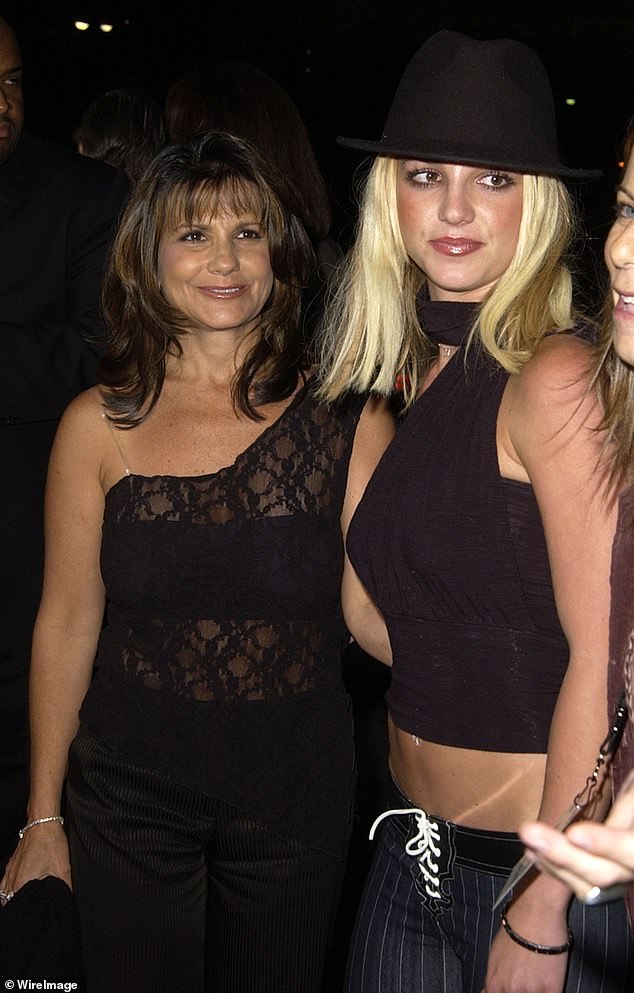 The Conservatory: Britney expressed her anger at people who said the documentaries helped her get out of her conservatory

Britney added that it was herself that got her out of the 13-year conservatorship, not the documentaries.

“I just want to know how all these people say that just going with my mouth and my WORD and what I said in my testimony before the judge has helped me!! THAT said it all… that would be ENOUGH.’

The singer didn’t place much of the blame on one specific person, but on an entire country.

“America…this nation was one thing and one thing only to me — a tyrant,” she typed near the end of the statement. The star added that the country has never done anything to protect her.

‘…and seriously, is it really legal to make so many documentaries about someone without their blessing??!’ 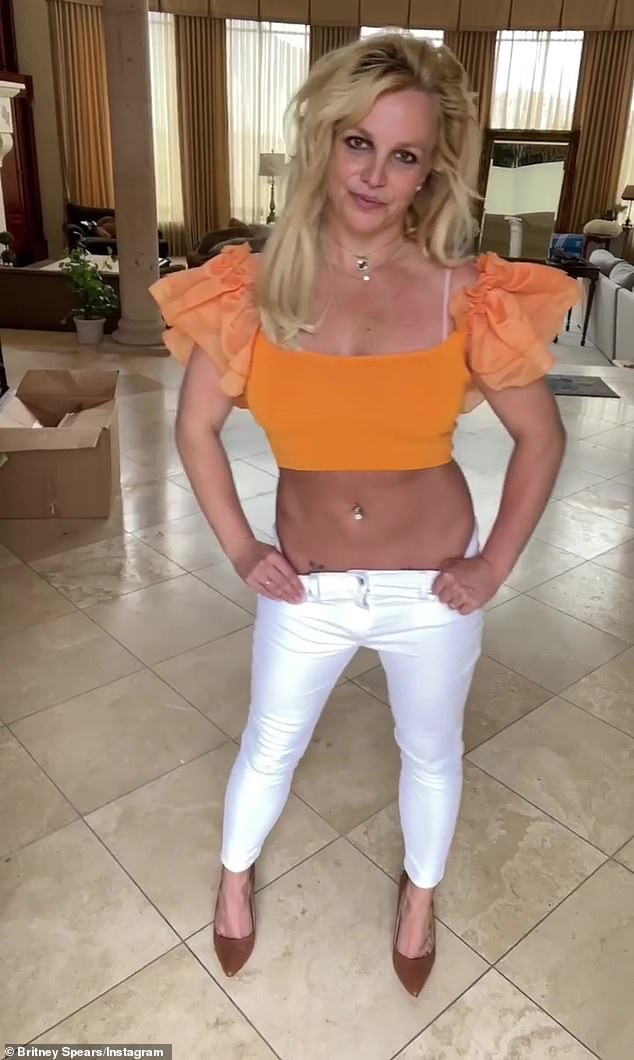 ‘A tyrant’: Britney, in her now-deleted statement, admitted that America has been ‘just a tyrant’ to her over the years

Although the conservatory ended last year, peace has not yet been fully restored.

Britney and her father, Jamie, have had a number of arguments since leaving Conservatoire.

According to TMZ, the famous singer wanted her father to be held accountable for the difficult years he put her through.

On the other hand, Jamie wants his daughter to sit down and make a statement claiming she has been spreading lies about him on social media. 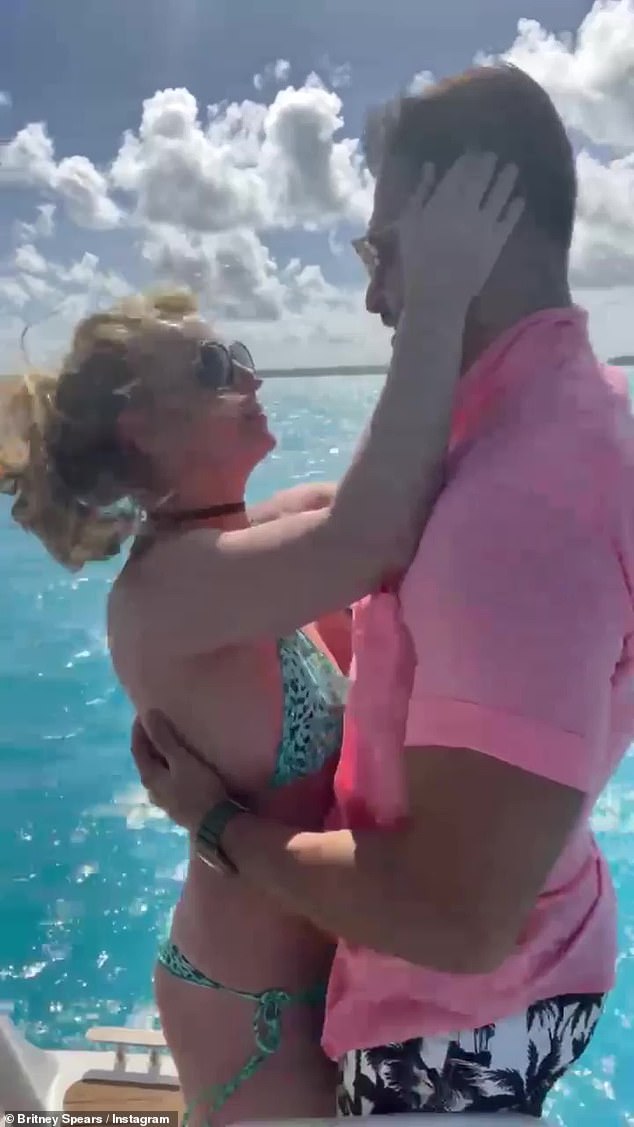 New life: Britney and Sam tied the knot in an intimate ceremony without Britney’s family present